• The super-quick test, billing for PPE and isolation fees and other patient care costs ballooned the charges to Sh236,000 in six days at Halisi Family Hospital.

• The patient had also been threatened by detention if she failed to clear a balance of Sh11,000. 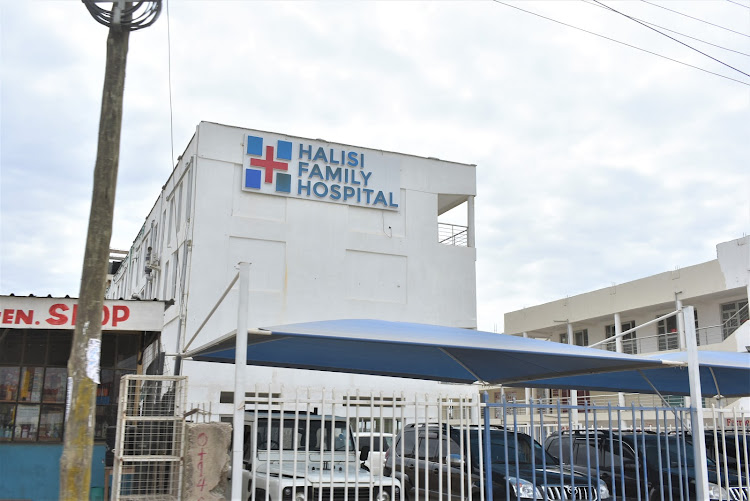 A private hospital in Kitengela is investigating how its staffers tested a patient for Covid-19 and had results ready within 30 minutes.

The super-quick test, billing for PPE and isolation fees and other patient care costs ballooned the charges to Sh236,000 in six days at Halisi Family Hospital

The patient had also been threatened by detention if she failed to clear a balance of Sh11,000.

Hospital administrator Milliam Kariuki said the hospital began the probe after the patient’s family complained that the bill was not commensurate with the level of care given. The patient had been admitted on June 15 and was discharged on June 20

On Friday, Kariuki told the Star she was not ready to share with the public any findings on their investigations.

“I want to appreciate your action for bringing this issue to our attention, and by giving us a chance to respond. However, we are not able to do it because that action goes against the principles of a patient’s confidentiality,” Kariuki said.

“We engaged one of the registered members of the patient’s next of kin, and have no complaint relating to the patient. So this technically disapproves your request and questions on this matter because there is no complainant,” Kariuki said on Friday evening.

She later called the Star to state that the matter had taken another angle after the next of kin raised several fresh issues.

Ismael Mutumba, whose mother was treated at the facility, on Saturday told the Star he had visited the hospital a day after her admission and found her in the general ward. She was not in an isolation room as billed by the hospital authorities.

“I travelled from Kisumu and arrived in Kitengela (Saturday morning) and went to the hospital and raised our issues, which included the testing of Covid-19 on my mother and how she was handled by the hospital staff. We are not happy as a family,” Mitumba said.

Mitumba said his mother was admitted to the hospital at 1pm on June 15 and the doctors took samples for Covid-19 testing. They declared her positive in 30 minutes.

He said the hospital’s administrator promised that the family would be refunded some money after their internal investigation.

Mitumba said he was surprised by Kariuki’s quick response about the refund and demanded a full investigation on the billings.

He said the hospital charged his mother Sh75,000 for isolation room and care yet family members who visited her said she was in the general ward during her stay.

“My aunt and two of her daughters, who travelled with my mother from Kisumu that week, and even lived together at their Kitengela home were not tested by the hospital even after they made a request,” Mitumba said.

The three were told that testing of Covid-19 costs between Sh3,000 and Sh7,000 but were not tested because the doctor on duty deemed it not necessary.

“We want that hospital to refund money charged for PPE because my mother and relatives who stayed with her at the hospital never saw them,” he said.

He also claimed the hospital should refund the amount it charged for isolation.

“The hospital charged us a total of Sh236,000 after my mother was admitted for six days. Some of the receipts we were given after paying the bill, and which I showed the hospital are not adding up,” Mutumba said.

The hospital said on its Facebook page on June 3, that it had been accredited by the National Hospital Insurance Fund for outpatients, inpatients, maternity and surgical services.

It says it accepts civil servants from Job Group L to T and is also open to members of the National Police Service, Kenya Prisons Service and other managed schemes.